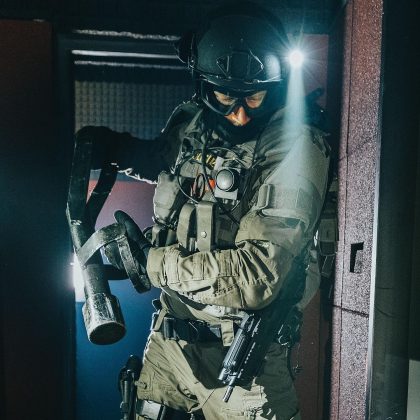 On Wednesday, 9 of March 2022, police raided the Bublina squat in Prague and conducted a search. Four people, one dog and one cat were in the building and surrounding area at the time. The armed police unit broke down several doors but caused no injuries and no one was charged. The court-approved search warrant was built on the suspicion that one person present had committed violence against a public authority and also damage to property. The raid was said to be intended to help secure evidence of these offences. During the search, which lasted several hours, computers, mobile phones, documents, a gas pistol and spray paint were seized. Then the police left and left the squat unsecured. It was later reoccupied.

The suspicions stated in the protocol relate to several protests that happend last year. These protests were against the brutal police crackdown in which Roma man Stanislav Tomáš died after police officers pinned him to the ground and knelt on his neck for several minutes.

The first event investigated was the burning of a barricade near a public gathering on 26 of June 2021. The second event was an explosion and fire on the outskirts of Teplice (poor northert Bohimia region) on 12 of July 2021. The third event investigated was the sending of a threatening e-mail about the alleged placement of explosive devices at the police station in Teplice and at the headquarters of Agrofert (company of Adrej Babiš who was a Czech Prime Minister at the time).

The Czech police have harassed many people in recent years and accused them of similar activities. For example, the Phoenix I and Phoenix II cases. These cases did not stand up in court because the investigators generally did not have evidence to prove their disputed claims. Even this time they do not base their suspicions on anything but speculation. The “proof” is supposed to be, for example, that the suspect, like the perpetrator, uses the publicly available platforms riseup.net and noblogs.org. Another “proof” is said to be a match in height or two similar letters in a sign spray-painted on the road and in a tattoo on the leg. The most ridiculous is the claim that the biggest clue is the presence of the suspect at the public gathering in Teplice on 26 of June, when the barricade was set on fire.

It seems that the failure of previous cases has not helped the Czech police to reflect on their stupidity. They are probably following the strategy: last time we had nothing and it didn’t work, but if this time we have an even less, hopefully it will work.

If you want to show some support, you can write on the email.

This entry was posted in english, General. Bookmark the permalink.